For 5 years, the college football playoffs have entertained fans. Each year everyone asks themselves the same question: Who’s in, and who’s out.

From the start of the season, there is a big competition to move up in the playoff rankings. The top four teams will advance to the playoffs. This year, the competition is very close. With only a few undefeated teams left, and two weeks left in the regular season, it all comes down to these final games. From there, the playoff committee decides where each team stands. As of right now, some of the front runners for the playoffs are LSU, Ohio State, Clemson, Georgia, and Alabama.

The anticipation is intense as the season ends and fans all over the nation are hoping that their team will make the final four. What happens to the teams that just miss the playoffs? They will go to a New Year 6 bowl. The New Year 6 are the biggest bowls in college football. Two of the bowls host the playoff semi-finals. They are the Cotton Bowl, Rose Bowl, Orange Bowl, Peach Bowl, Fiesta Bowl, and Sugar Bowl. Even though a team might not make a playoff game, winning a New Year 6 bowl is a great honor for the school.

Yellow Fever Epidemic of 1793
Kinsey Mangum, Co-Editor
During the yellow fever epidemic of 1793, in Philadephia, over 5,000 people died. it was one of the first major epidemics of yellow fever in the United States, and it devastated America's early capital.
Yellow fever is like malaria; they are both transferred by mosquitoes. Yellow fever gets its name from the eyes and kin of the victims.  Their skin and eyes turn a sickly yellow color.  In more serious cases of the fever, heart, liver, and kidney problems occur along with "black vomit" caused by the bleeding inside of the stomach.
Yellow fever came into Philadelphia from refugees from a yellow fever epidemic in the Caribbean.  In only a few weeks, people all in the city began experiencing symptoms.  The warm weather provided a good environment for the mosquitoes to thrive and affect even more people. By mid October, 100 people were dying of the fever daily.  Public servants got so strained by caring for people that the local city government collapsed.
The doctors failed to understand the disease's method of transmission and origin. Come doctors, such as Dr. Benjamin Rush, prescribed treatments like blood-letting, which was toxic to patients of Yellow Fever. Dr. Rush was one of the early America most famous doctors. Rush advised people to flee the city while he stayed behind in an attempt to treat victims.  Rush's extreme treatment methods included blood letting and vomiting because he believed yellow fever was caused by unsanitary conditions.  His methods caused even more illness in his patients.  the French doctors' methods were more cautious and gentle and were proven to me more effective in keeping the patients alive.
In November 1793, the first two frosts came killing off the mosquitoes, which were the main transmitters.  The yellow fever epidemic of 1793 was devastating for Philadelphia and the was thankful to see it finally end. 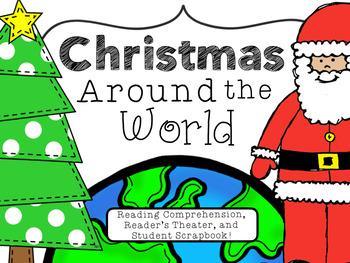 Christmas Around the World

We all know the story of Saint Nick, aka Santa, and Rudolph, and Frosty. But that’s in America. What about other places? What about China, Germany, and New Zealand. How do they celebrate this day we call Christmas?

In Austria, they share a lot of the same traditions as their neighbor, Germany, but it still has some customs of its own. Most towns have a ‘Christkindlmarkt’ which is a Christmas market that opens in the last days of November. They sell foods, such as gingerbread and local drinks, as well as selling Christmas decorations. Every town also has a massive Christmas tree in the middle of downtown. On Christmas Eve people in town will gather around the town tree, at 4 pm, and sing carols. Their most famous one is Silent Night.

In Zimbabwe, Christmas starts in church. Citizens first go to their Church service, then back home to have their parties. You can go from one house to another and get a full plate of food. People usually play music off of stereos in their front yard. Christmas is a day for your best clothes, which may be the only new ones you get all year. What a great day to show them off.

In Jamaica, you can hear Christmas music on almost every radio station starting at the beginning of December. Most people paint their houses and put up new curtains in celebration of the big day. On Christmas Eve the ‘Grand Market’ happens. Grand Market is a mix between a festival and a massive market. This is the day to buy all presents, eat very many sweet and savory treats, and get ready for Christmas. The market starts at 6 pm, and won’t end until the next morning!

Now that you know how Christmas is celebrated around the world, think about how you spend your Holidays. Have fun, be safe, and open presents!